The last four weeks of my life have been a complete and utter whirlwind.  A rollercoaster ride of sleepless nights, poopsplosions, endless snuggles and more love than I could ever have thought possible.

We welcomed our mini adventurer, Evie Alexa Warner, into the world on the morning of 22nd March 2017 and our lives haven’t been the same since. 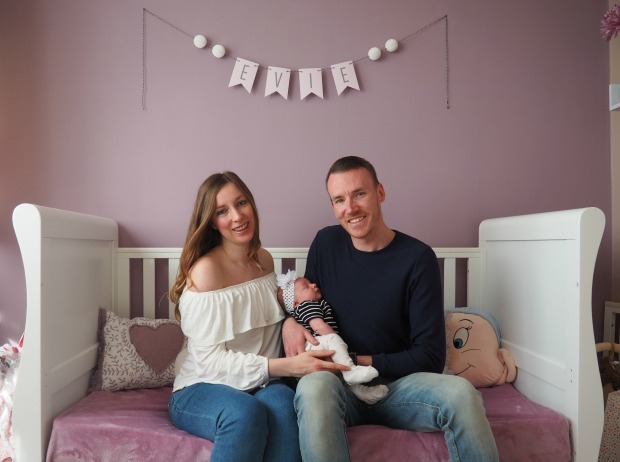 It seems like only a few days ago I was still pregnant – uncomfortably and frustratingly so! – so I cannot believe that my tiny little princess is already four weeks old today.  But it also feels like she’s been in our lives forever.  It seems like nothing we did before she arrived matters anymore.  In fact, I can’t even remember what we did pre-Evie that was anywhere near as important as our little girl now is.

I won’t go into too much detail about the birth except to say that it seemed I had a very stubborn little girl on my hands who just wasn’t ready to come out into the big wide world.  She finally decided to come along naturally ten days late and, thankfully, two days before I was due to be induced.  It was all pretty straightforward to be honest – I had the amazing water birth that I had been dreaming about for months and apparently I’m pretty hardcore (who knew?!) as I was the quietest person the midwife had ever seen in labour!

The days and nights have all blurred into one another in a mix of feeding my little boobie monster, changing nappies, lots of napping and cuddling (she loves all the snuggles!) and mastering how to eat one handed.  Both Mr Ayla and I find ourselves just staring at her all the time because she is just so god damn cute and we can’t believe she’s ours.  She pulls the funniest squishy faces and makes the sweetest little sounds that have us laughing one minute and crying the next at how completely perfect she is and in awe that we made her. 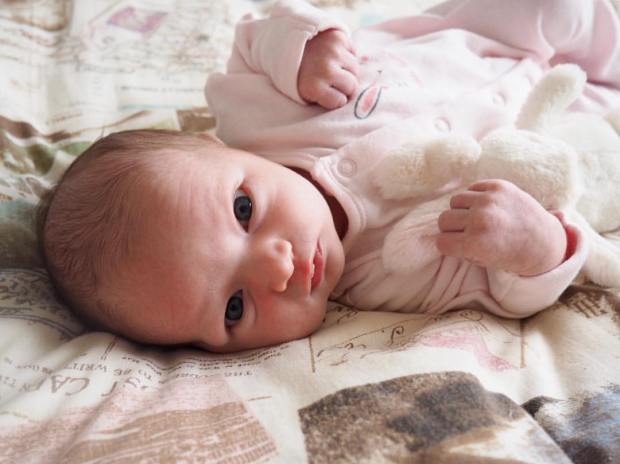 We’ve already had a few days out including a picnic in Greenwich Park and a day at the zoo although I’m not sure Evie was particularly interested in the animals quite yet!

Watching the lions with daddy

The blogging and social media interaction may have slowed down a fair bit because obviously having a tiny little person to take care of has taken up most of my time but I will gradually get back into it once I get used to being a mama (that still sounds weird!).

I’m trying not to turn my Instagram into a gallery of baby pics but it’s pretty hard when you have such an adorable model to hand!  Taking photos of a newborn is slightly different to the travel photos I usually snap.  Imagine hours of rocking and singing to get her to sleep and into a good pose as well as being peed over several times!  But it’s worth it when I have such lovely photo memories to look back on.

We do have several trips already planned starting with a city break to Paris next month – so if anyone has any tips for Paris with a baby then let me know.  We can’t wait to start showing Little Miss Ayla the world and we’re hoping that she’ll love travelling just as much as we do.

So much love in one family selfie!

Anyway, that’s enough of the blogging for now. I’m off for some more snuggles with my lovely little lady as there’s nowhere else I’d rather be right now.

If you want to see some more pics of our new little adventurer (with the occasional travel pic thrown in for good measure!) you can follow along here:

24 thoughts on “Introducing My Mini Adventurer”